Commuters on the Camden and Brunswick MARC lines will see disruption if railway workers go on strike on Friday; some long-distance Amtrak trains canceled

Kevin Strickland September 14, 2022 Commuter buses Comments Off on Commuters on the Camden and Brunswick MARC lines will see disruption if railway workers go on strike on Friday; some long-distance Amtrak trains canceled 2 Views

Overload by stalls is not controlled at the PNBS

“Due to an ongoing labor dispute between CSX Transportation and its unions, CSX has notified the MDOT MTA that there is a risk of a labor strike,” the MTA said in a news release.

CSX owns the regional commuter lines in Camden and Brunswick Maryland and dispatches the trains, which means that if the unions decide to strike, service would be suspended until the freight company and the workers reach an agreement . MARC’s Penn Line would not be affected by a strike, the MTA said.

Although Amtrak lines and workers are not involved in ongoing labor negotiations, Amtrak has canceled some long-distance passenger routes in anticipation of freight rail disruptions. Travel in the Amtrak-owned Northeast Corridor, which includes Baltimore, is generally unaffected, a spokesperson said in a statement. Amtrak customers affected by disruptions can get refunds without cancellation fees or can change their reservation to another date until October 31 without paying the difference in fares.

On Wednesday, Amtrak announced further long-distance train cancellations starting Thursday, including the Cardinal Line that runs from New York to Chicago via Baltimore Penn Station. Palmetto Line trains, which also run through Penn Station, were canceled Thursday but only south of Washington, DC

A CSX spokesperson referred questions about labor negotiations to the Association of American Railroads and the National Railway Labor Conference.

The coalition, which negotiates on behalf of the nation’s largest freight railroads, including CSX, has announced eight of the 13 tentative agreements needed to avert a strike by some 115,000 railroad workers.

The deals that have been announced so far have closely followed the recommendations of a special council appointed by President Joe Biden which called for increases of 24% over five years, $5,000 in bonuses and a paid day off. additional per year.

But the two largest unions representing conductors and engineers have resisted because they want the railways to go beyond those recommendations and address some of their concerns about attendance policies and working conditions. strict.

Conrail and CSX railroad workers went on strike in Baltimore in April 1991, in one of the last major rail strikes.

Although striking unions are ready to outfit commuter trains, CSX has told its engineers to stay home, citing concerns for passenger safety. Commuter rail service was halted for around 8,000 passengers on the Camden and Brunswick lines. CSX’s shutdown of MARC trains was the only instance of a company closing a rail line during this strike, industry groups said at the time. Congress quickly passed a law requiring workers to return to work.

Historically, railroad strikes are not new to Baltimore. In 1877, Maryland Governor John Lee Carroll called in the National Guard to quell an uprising of striking railroad workers protesting pay cuts, a clash that sparked a chain of work stoppages that became the first general strike in United States history.

The 1877 strike against the B&O Railroad and the role of Federal troops in ending it is commemorated by a historical marker near Camden Yards.

Get your morning news delivered to your email inbox. Get all the best news and sports from baltimoresun.com.

Federal law governing railroad contract negotiations will not allow a strike or lockout until Friday.

If railroad workers go on strike, commuter buses will honor MARC tickets during the disruption, the MTA said. Camden Line tickets are still honored on the Penn Line and MARC weekly and monthly passes can also be used on WMATA and RideOn buses.

Spokeswoman Veronica Battisti said in an email Tuesday that the MTA has no plans at this time to add commuter bus rides.

Below is a list of other transit options at stations along the Camden and Brunswick lines: 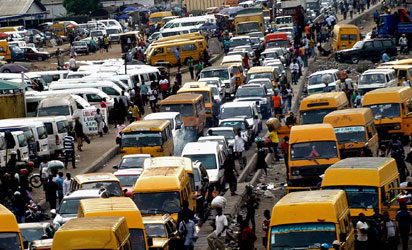